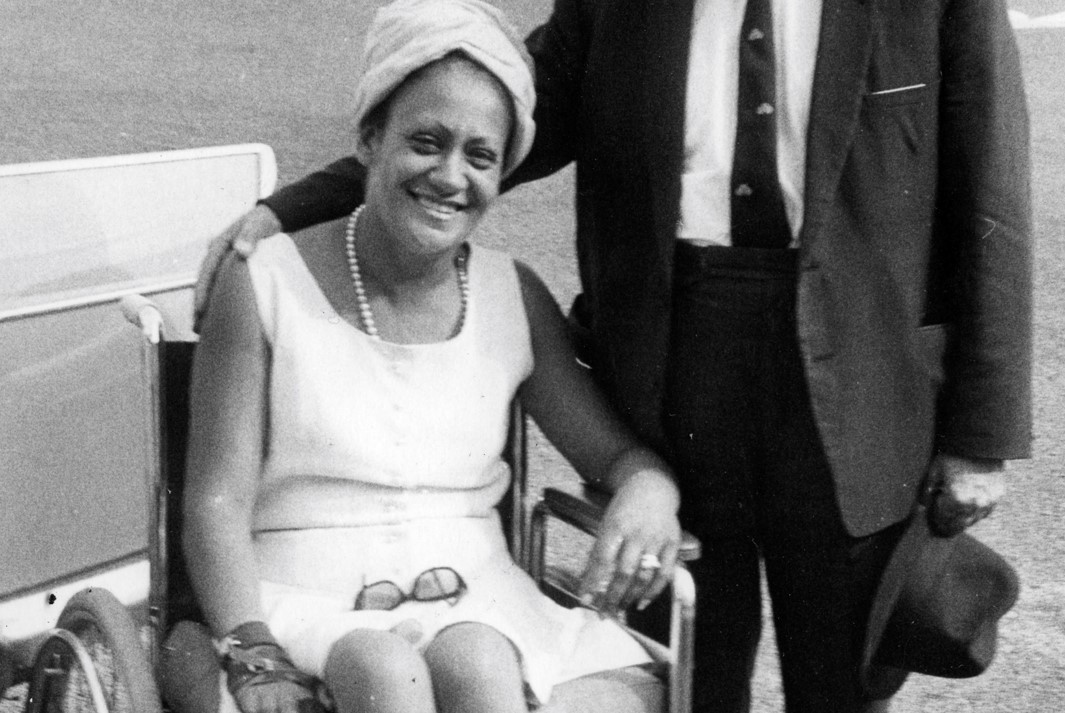 Originally from Paraparaumu, Heneti Morgan had a motor vehicle accident in England resulting in her quadriplegia.

She spent 11 months in the world-acclaimed spinal unit at Stoke Mandeville Hospital in Buckinghamshire, undergoing rehabilitation, before she was able to fly home to New Zealand accompanied by a nurse.

Heneti took up Para sport 10 years after her accident. She had been a sporty kid – playing tennis, swimming and roller skating at the local rink. She joined the Wellington Paraplegic Association, as it was known back then, and started by tossing a shot put and a discus. It was in the water that she felt most at ease.

Sir Ludwug Guttmann, the German-born English neurosurgeon who founded the Paralympic Games remembered Heneti from her time in the spinal unit and stopped by to see her during a visit to New Zealand in 1971.

Heneti competed in the Heidelberg 1972 Paralympic Games along with 9 other Kiwi Paralympians. She took part in 6 events in Para athletics and Para swimming .

She won the bronze medal in the 25m Backstroke 1B. She had finished the race in second place and was presented with the silver – only to have to hand it back after an officials’ blunder. Her son still proudly displays her bronze medal in his home.

Late in 1986, Heneti went into hospital for surgery on her crumbling tail bone. She passed away in 1987 at the age of 48, from complications after surgery.

Read more on the great story of Heneti Morgan here.

Heneti was represented by her family who received her ‘numbered’ Paralympic pin as part of The Celebration Project in Wellington in November 2020.